After a lukewarm first dip into the world of Spider-Gwen with Volume 0: Most Wanted back in March, I wasn’t in too big of a rush to move onto Volume 1: Greater Power. I didn’t hate it or anything. I just wasn’t as into it as I would have hoped to be. Here’s a link to clicky-clicky if you want to read my thoughts on volume 0.

Fortunately, Volume 1 carried over the things I enjoyed about volume 0, but toned down some of the things I wasn’t as crazy about (like all the angsty band drama). I’m still a big fan of the popping color schemes, Gwen’s costume design, and this alt-Gwen herself as a character. She’s corny and loves puns. I can appreciate that. 🙂 I also like that she isn’t perfect. She makes mistakes and she owns them and learns from them. 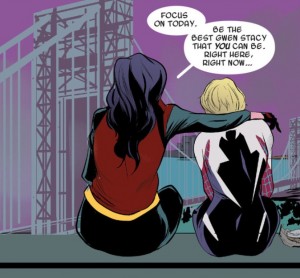 We get to meet more alt versions of characters as some iconic baddies as well as good guys, and I use the term “guys” loosely, entering the fray. No worries, I won’t spoil the fun by saying who they are. 😉 Here’s the fist of one of them though:

We also get to learn more about Gwen and her friends before she was bit by that radioactive spider, as well as get some hints at some of the shadier stuff going on behind the scenes with some of the other characters. The story overall still wasn’t quite what I was hoping for, but I think it may just be a slow beginning to something better in the long run perhaps. Only time will tell. I’d say I definitely enjoyed this volume more than volume 0 though, and would probably give it 3.5 out of 5 stars.

And just for fun, here’s some of the variant covers included in the back of volume 1: 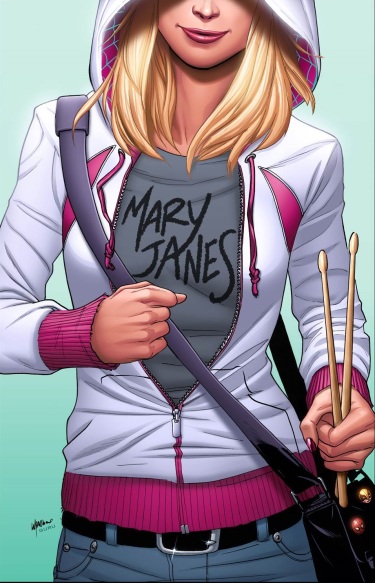 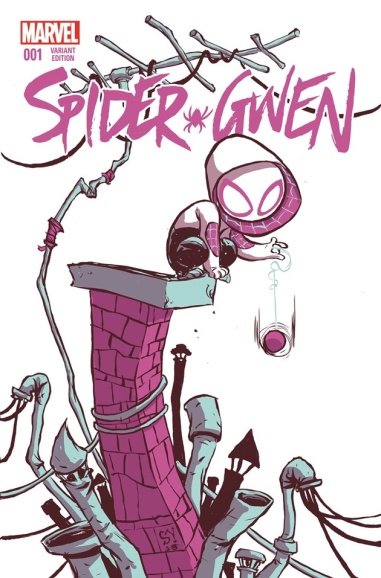 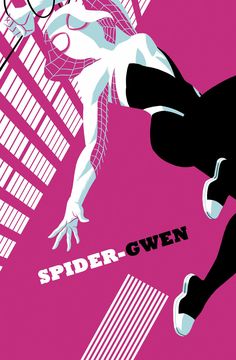 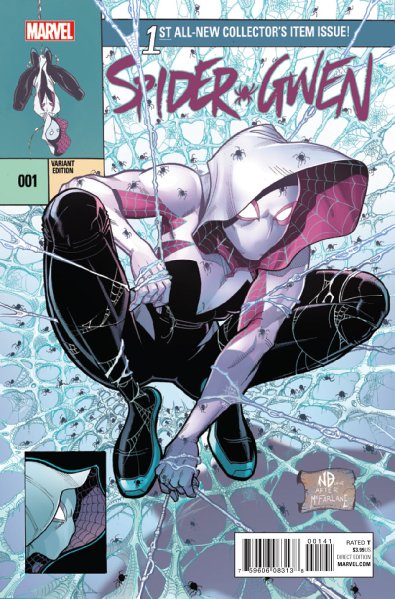