Hey, guys! 😀 Luna over at Gamers United GG is hosting a 30 day video game blogging challenge, so I figured I’d join in on the fun! Since I don’t have the time to post each day for 30 days, I’m going to answer several of the questions in a few posts spread out through the month. This post will include my first 7 answers to Luna’s questions.

1.) Who is your childhood video game hero?

Probably Sonic the Hedgehog. I was a Sega girl, and I put a lot of hours into the Sonic the Hedgehog games as a kid (and who am I kidding, as an adult, too.) 😛 Plus, you save a bunch of cute and fuzzy little animals, so that was also a plus for me. Tails was my favorite to play as though when you eventually got the option, but we’ll get to Tails in a later question. 😀 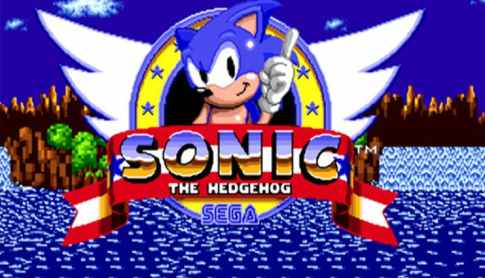 2.) Which video game world would you like to live in? Why?

Planet Pop Star from the Kirby games would be a top pick. Everything is just so cute and fun.

3.) Who is your favorite video game sidekick?

Miles “Tails” Prower from the Sonic the Hedgehog games. I’ve been a fan since Sonic the Hedgehog 2. I even had a stuffed animal that was a fox (essentially the Hobbes to my Calvin) that I named Tails, despite the stuffed animal only having one singular tail. 😛 I know Tails can sometimes be a hindrance (especially in the special stages) but I still love the little guy.

4.) What was the toughest boss that you had to face?

Haha this is going to sound so lame, but when I beat Diddy Kong Racing for the N64 it was on a pretty junky television, and racing Wizpig was a damn nightmare because the picture was wayyyy too dark to see at times on that TV. So, because I was being stubborn as hell, I did the race over and over again to memorize my way through the race even though I was basically driving blind at times. It was a giant pain in the ass and I was soooo mad, but  eventually I got it!

5.) If you can have a video game weapon, which would you choose?

I don’t like getting injured, so I’d want something I could use to destroy the baddies and keep myself from harm, so I’m gonna have to go with the Super Stars that give you invincibility in the Mario/Super Smash Bros/Mario Kart games. I’ve always liked mowing people down with the Super Star in Mario Kart. *Evil Laugh!*

Ooh, this is tough. I’ve got several games that I love and could play over and over again, but I’m going to have to give this one up to Super Mario 64. Just because it’s so much fun, and I still remember the way I felt blown away by it when I first played it. That game will always hold a special place in my heart. ❤

7.) You’re in a Western video game and need to rob the bank, which video game character will be your partner?

Hmm . . . maybe Glacius from the Killer Instinct games? He can turn into liquid and slide into places that would be hard to get into otherwise, like vaults and locked doors. The dude can fight, and he has his own built-in weapons, so I could easily see him being the quickest draw in the West with that friggin’ sword-arm uppercut of his. Not to mention being able to freeze people. Yeah, I think we could get away with a bank robbery if I had Glacius as my partner in crime. 🙂

That’s it for my first 7 questions from Luna’s awesome challenge. Be sure to check out her blog to see her answers, the rest of the questions, and maybe even join in on the fun! Big thanks to her for coming up with the challenge and making such fun questions. Looking forward to doing the next 7 next week! 😀

Come inside and have a peek around if you'd like. Step right up! Don't be shy. We've got plenty of mutterings, ramblings, and wicked delights to go around here. Feel free to get cozy and stay a while.
%d bloggers like this: