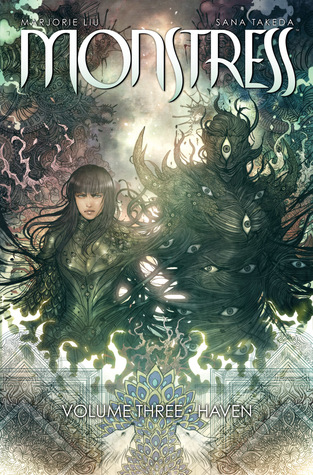 Marjorie Lui and Sana Takeda’s gorgeously rendered epic Monstress is back with its third volume, Haven. If you’ve read and recall my reviews for Volume 1 and Volume 2, it will come as no surprise that this is something I’ve been eagerly awaiting all year. 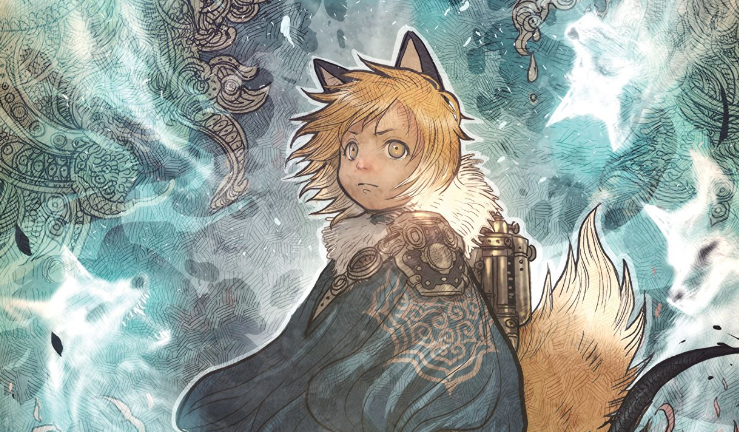 Throughout the story of Monstress, our main character Maika Halfwolf has seen some shit. Potty-mouthed poet cats, crazy-ass witch-nuns with a deadly agenda, ancient gods that hunger for flesh, and bipedal shark people to name just a small few. Really, that is only the smallest of tastes for the complex and layered world presented to readers throughout the series. I’ve said it before, and I’ll say it again, Monstress has the most detailed and fleshed out worldbuilding I’ve ever seen in comic form. The more you read of the series, the more things begin to come together and take shape, especially in volume 3.

The artwork, as always, continues to shine in the third installment, and the characters are being forced even more out of their comfort zones (well, what little bit of comfort they were previously able to cling to in their war-torn world, anyway). Kippa is finding direction in her life and becoming stronger, Ren is forced to make a difficult decision, and Maika might even have to start playing nice(er) and make . . . dun dun dun . . . friends! GASP! 😛 Even the ever-growing, ever-hungry god Maika constantly struggles with is taking shape, both literally and figuratively.

Although we get more answers, there are still plenty more questions you’re left with by the end of Volume 3, but it only makes me look forward to Volume 4 that much more. Especially with such a doozy of a cliffhanger.