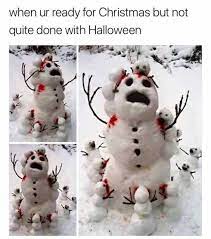 Well, to say things have been busy, would be an understatement, but fortunately (for the most part) October and November have been a lot of fun. I hope you all had a spooky season full of horror movies aplenty, sweet treats, and Halloween fun as well!

Here’s some of the highlights of what my October was like:

Mr. Moth and I celebrated our 1 year wedding anniversary, as well as 6 years of being a couple. ❤

I completed about half of the Corpestober art challenge prompts for the month.

At work, I dressed up as Coraline for our fun Halloween festivities. It ended up being cold and rainy the day of the work Halloween party, so I was thankful that part of my costume involved a rain coat. 😛

Halloween weekend we went to Hell. (Hell, Michigan that is.) We went with Mrs. and Mr. Cupcakes & Machetes and met up with a couple of their friends for a hellishly fun game of putt putt, an amazing lunch, and just some general shenanigans and adventuring around the little town. It was such a good time. The day before that (Devil’s Night) we spent going to multiple cider mills, carving pumpkins, and watching scary movies. It was an absolutely amazing Halloween weekend with absolutely amazing friends. ❤

We also got our booster shots of the vaccine at my work, so that was nice to get that done so easily.

The whole month of October I took a break from writing and just focused on fun stuff, which meant getting to play video games, too. Something I love, but haven’t been able to devote much time to for a while. (Too many dang hobbies!) Mr. Moth got me the game Lost in Random and I absolutely loved it. ❤

So far in November my main focus has been NaNoWriMo, aaaand I have a buddy read of The Time Machine by H.G. Wells with C&M for Science Fiction month. I’ll probably be fairly scarce around here the next 3 weeks or so since I’m really trying to reach that 50,000 word count for the NaNoWriMo writing challenge this month. I’m a little behind where I want to be, but still hopeful I can make up for it. 🙂 I won’t beat myself up if I don’t make the 50,000 words I’m aiming for. I have a lot to do in preparation of the holidays, Mr. Moth’s birthday, and plenty other things to keep me busy, and I’ll still be co-hosting Sugar and Scream with C&M so we’ll see what I can do with NaNoWriMo this year.

Did anyone else watch the new Netflix show based off League of Legends called Arcane? Mr. Moth and I watched the first 3 episodes and it’s sooo gooooood! 😀

Anywho, I’m off to try to slay the NaNoWriMo beast. Hopefully I’ll have something successful to report when I return. Have a great November, everyone! ❤ ❤ ❤ Hoping to return to a somewhat normal blogging schedule in December. 🙂