Hoping your guys Shark Week has been absolutely Jawsome so far! ❤ Over on my Instagram the Shark Week shenanigans have been in full swing, so I wanted to share some of the illustrations I’ve made and have been sharing here on my blog as well! 🙂 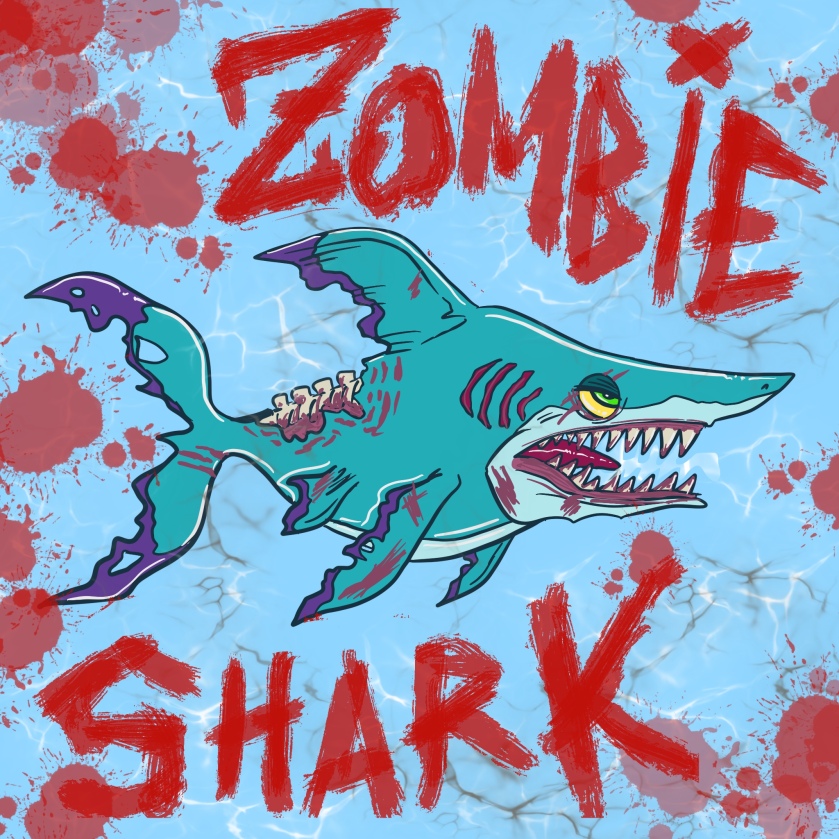 Hungry Shark World fan art of the zombie shark you can play as. This game has eaten up pretty much any of my free time the past 2 weeks. 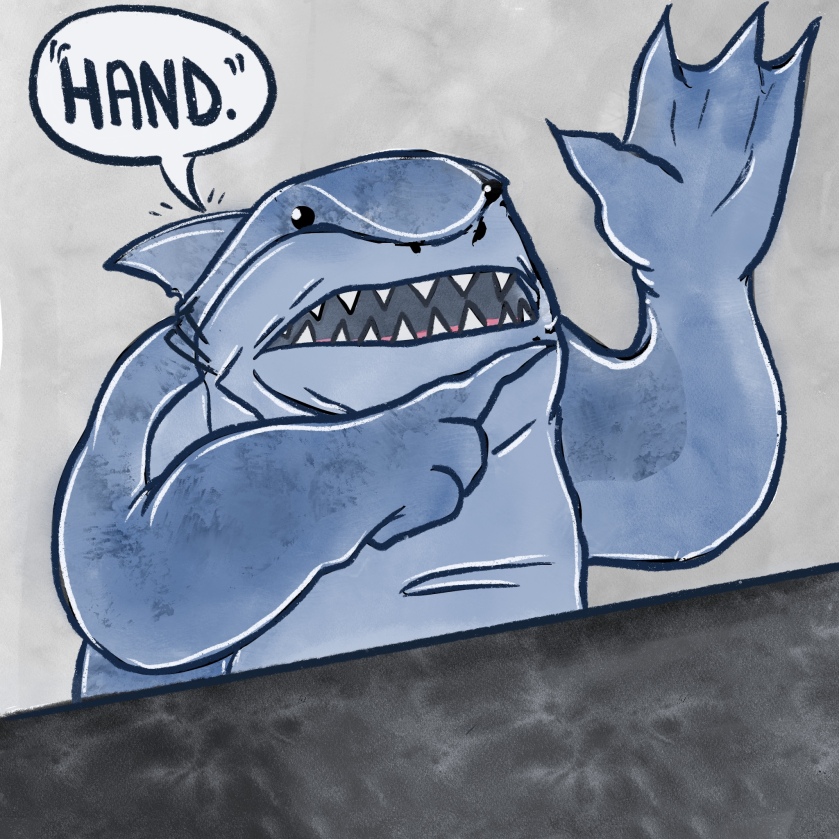 King Shark from The Suicide Squad movie. Had fun playing around with some different brushes in Procreate when working on this one. 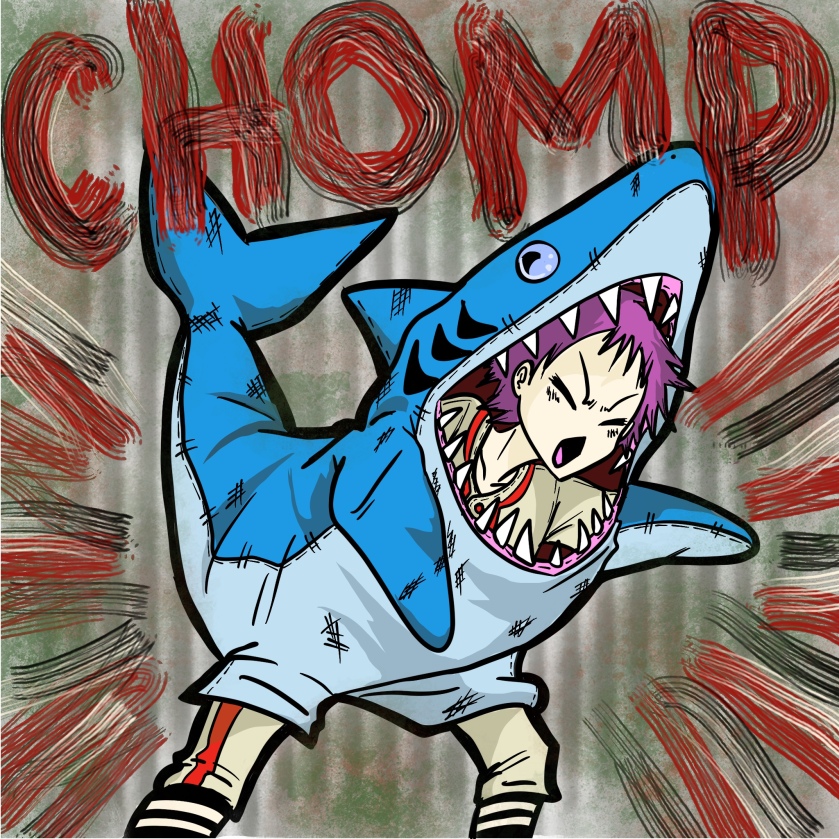 Ebisu in her shark mascot costume from the anime Dorohedoro. Such a fun series! It’s weird, violent, funny, and unique in all the best ways, and the characters are awesome!

There will be more shark week art to share soon, but I wanted to hop on and add these while I had a little bit of extra time. Have you been watching any of the new Shark Week content this year? There’s been some really good stuff! 🙂

Work has been one big Shark Week party and my participants have been loving it which makes me SO happy! They really are the best! ❤ One of the girls in my room is loving the sharks I painted on the window so much that she always comments on them when she comes in in the morning and today she told me the big shark I painted was “so cute and so special” and it absolutely made my day. ^_^ We’ve been doing lots of cool shark art projects, playing Pin the Fin on the Shark, doing sensory with water beads and toy sharks, and more! It’s been an absolute blast.