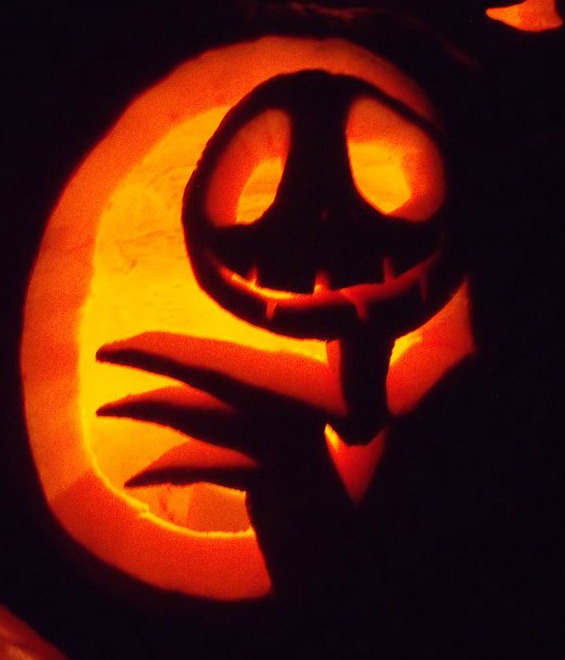 Like many other Halloween fiends, I love carving pumpkins this time of year. So I thought I’d share some of the pumpkins I’ve carved from years gone by with you guys. Above is my Jack Skellington pumpkin I carved. 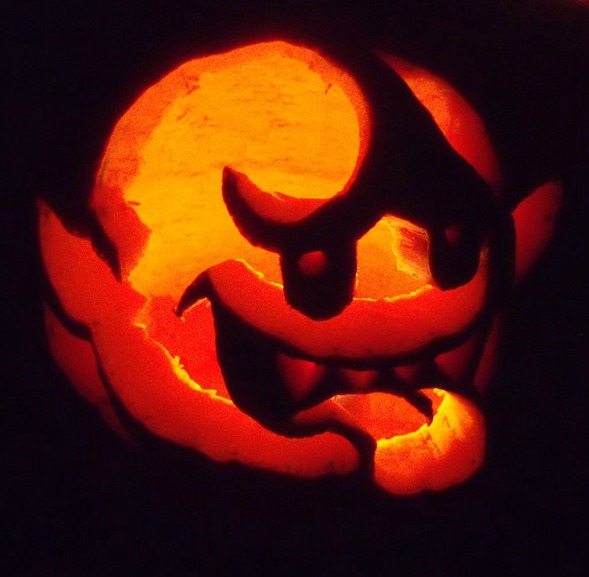 I love so many of the baddies from the Super Mario games, so above is my Boo pumpkin and below is my goomba one. One of these days I’d like to take a stab (heh) at a shy guy pumpkin carving, too.

I’ve got a thing for carving video game characters apparently, because here’s my Super Meat Boy pumpkin carving. It was the first time I shaved the skin out of the pumpkin rather than just carving chunks out, but I was pretty happy with how it turned out. Even if it did take forever to do. 😛

And like my other The Nightmare Before Christmas pumpkin pictured at the top of this post, I of course had to do an Oogie Boogie one. 😛 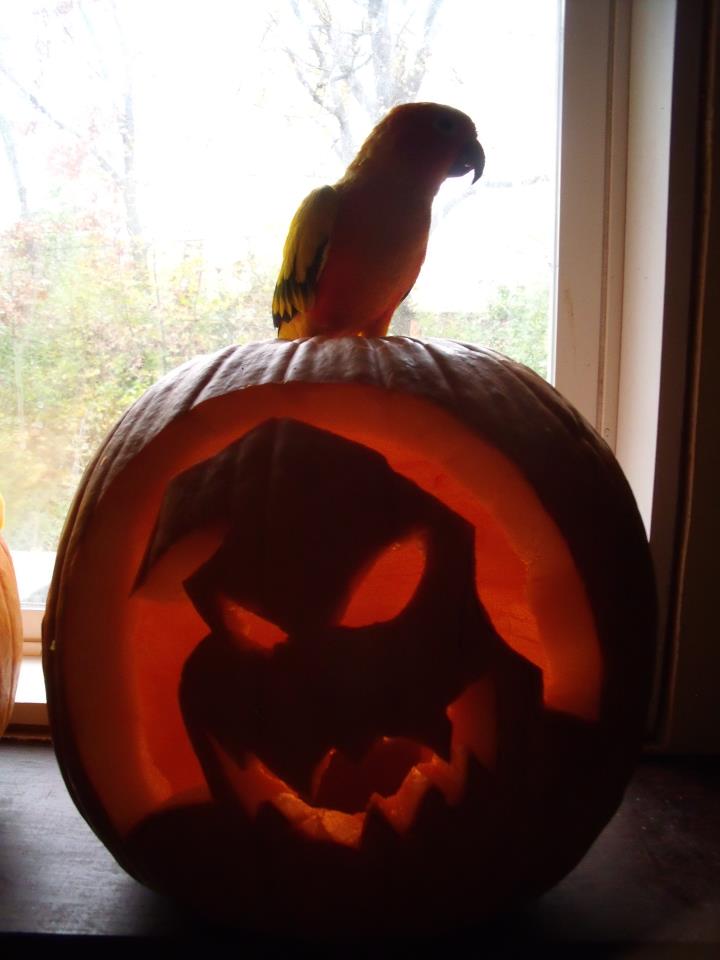 Last year’s pumpkin carving was an owl. Originally I had wanted to try the pumpkin shaving thing again but then I remembered how insanely time consuming it had been and quickly abandoned the idea. Hence the random shaved off bits on the owl. lol

Are you planning on carving or painting any pumpkins this year? What are you thinking of making? 🙂

23 thoughts on “Past Pumpkin Carvings”